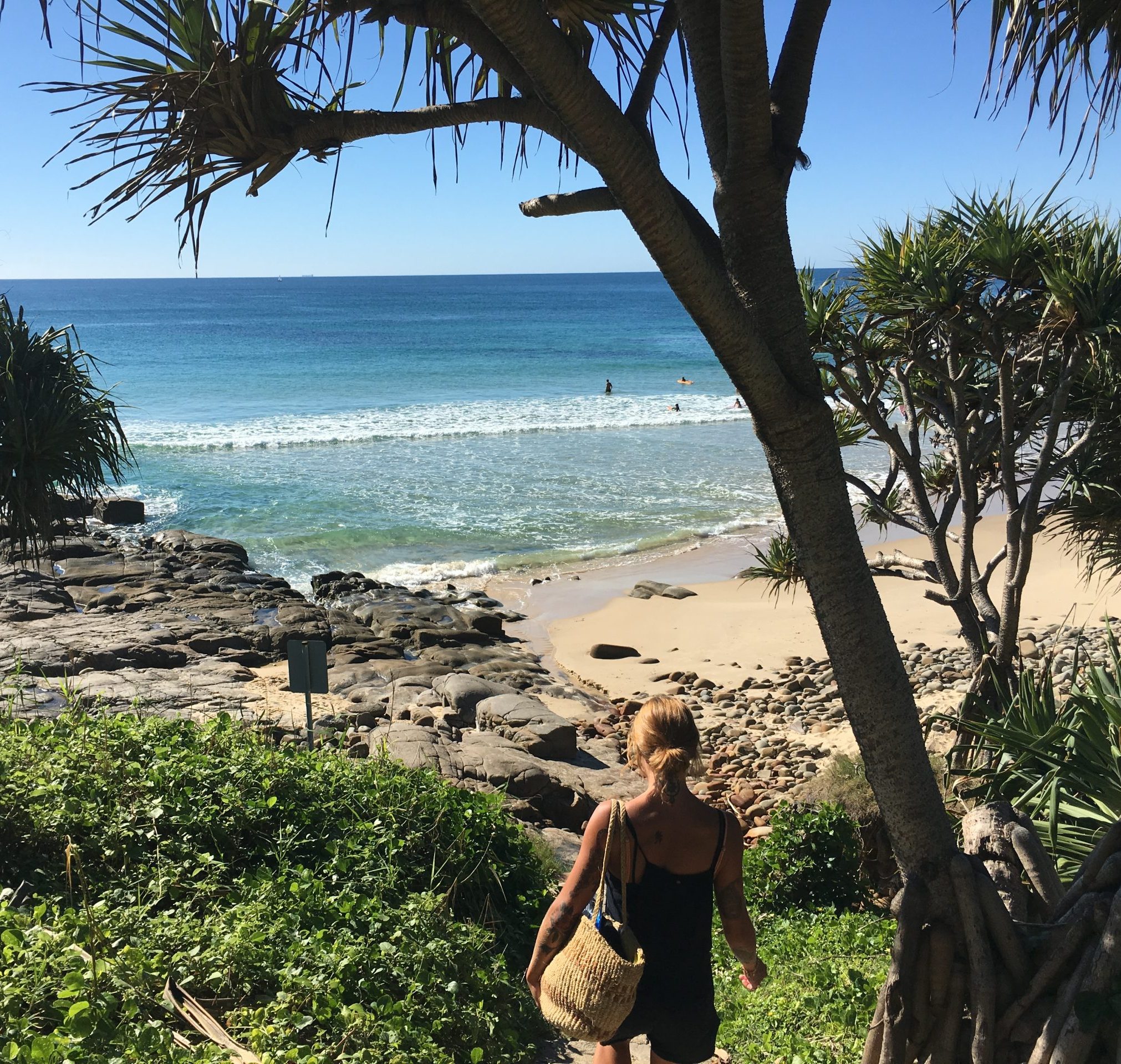 The Power of Visualisation

Looking back over a few years I can see that the major changes to my overall awareness and mental attitude came down to reading books. There were a few specific books that literally changed my life, opened my mind to the power of my subconscious, and taught me how I could create the life that I wanted.

It actually started with the book ‘The Secret’ by Rhonda Byrne a few years back, which introduced me to the Law of Attraction. At this point in time I was working in retail (and had been for around 5 years), hated it, but I always knew that it was just a ‘stepping stone’ to what I should really be doing (at the time I was unsure of exactly what that was, but believed it all the same).

Not too long after reading this book, Jay had just completed a personal training course (which made us realise just how bad the physical education was in the UK!), and as I had recently qualified as a Nutritional Therapist, we decided to go ahead and quit our jobs, get a loan, move to Australia to settle down with dogs (not kids), and start a company of our own!

As our decision was (as always) very spontaneous, many people couldn’t quite believe it, and we could tell that they thought we would fail during the process. We certainly weren’t the type of people who let others opinions change our own, so we went ahead, not really knowing what would happen, but we knew it was the right decision and were extremely excited about what could happen.

Getting out of the UK after living in London for 26 years was undoubtably the best decision that I had ever made. Even when you take regular holidays to many different parts of Europe, nothing compares to actually living somewhere else, especially that far away!

Staying on the Sunshine Coast in Queensland, Australia for 9 months made me realise that life didn’t have to be like it was back in the UK. The sky seemed bigger, less claustrophobic, and blue! Being next to the ocean everyday and being surrounded by wildlife was total bliss. Unlike London, the daily noise would be from the Kookaburras, Cockatoos, Rainbow Lorikeets, and Galahs. I was also totally sold on the relaxed beach vibes and being able to walk barefoot pretty much anywhere (including the supermarkets). My favourite place in the entire world (so far) has got to be Noosa National Park, where we would see dolphins, Koalas, and Humpback Wales breaching in mid September/October.

For the entire 9 months living there, we weren’t earning any money. We were living off some savings, a loan, and even having to ask parents for money here and there to buy our groceries! Not ideal. Even still, not once did we think we had made the wrong decision or reconsider going back to a ‘real’ job. This was not an option. We had to make it work.

We had visualised what we wanted our lives to be like; working together, doing something that we loved, living in a place we loved. So we continued to enjoy and trust in the process (just like the book says).

During this time we were really getting into unconventional training and experimenting with a more ‘functional’ approach to working out. The only problem was, there was no one around to learn from. Teaching ourselves Kettlebell techniques and flows from watching online videos was not ideal, but it sparked our passion for unconventional training and after months of planning, Phase SiX was born! (June 7th 2018.)

Shortly after, we realised that in order to be the best at what we wanted to do, we had to get more education and learn from some of the best. This meant changing our plans once more and taking a trip to the States, so we organised for our videographer to come along with us to document our next life-changing destination! (Check out our YouTube Highlights of our travels here!)

At this time we had a ‘potential’ investor who had been interested in our ideas and told us that he would be willing to invest in our trip to the US. So we started getting everything prepared and looked into flights etc, and set up meetings with everyone who we wanted to learn from.

It was coming up to a week before we had scheduled to leave Australia for the States, and we still hadn’t heard back from the guy! We reached out once more to see if he’s going to go ahead with the plans that we had presented him with, and to our disappointment, he replied with a “NO”. For most people, this would have been a major set back, but no matter how upset we were, we knew that we had to get to the States.

“Every thought-seed sown or allowed to fall into the mind, and to take root there, produces its own, blossoming sooner or later into act, and bearing its own fruitage of opportunity and circumstance. Good thoughts bear good fruit, bad thoughts bad fruit.” James Allen – ‘As a Man Thinketh‘.

Fortunately, we were able to pull together the resources from different avenues to the fund our three month trip around the States. Ask and you shall receive! So we said thanks and goodbye to all that Australia had offered us, and packed our bags.

America is another destination that opened our minds to a life with no limits. We felt inspired and were able to surround ourselves with like-minded individuals who believed in our mission and wanted to help us get there, without doubting whether or not we could do it.

After receiving certifications in multiple disciplines, and spending time with individuals who have mastered their crafts, we now had enough information to pick and choose what knowledge we wanted to keep/discard, develop, and make into our own Phase SiX methods.

After 3 months of staying in multiple cities; New York, LA, Sacramento, and Austin Texas, we had truly fallen in love with the US, and this was were Phase SiX really took off, so we decided that this is where we wanted to be based. We even went back shortly after our visas had expired for an additional 3 months to further progress our skills and build our brand awareness.

To this day, Jay and myself believe that it was our clear vision of what we wanted to create and our passion for what we are doing that led us to being able to lead a life now which suits our un-conformist nature.

We are extremely grateful that we now get to travel the world and share our knowledge with others, and continue to have visualisation as part of our daily morning routines to help us get to the next part of our journey.

For now, our story is still evolving and we have big plans for 2021! Stay tuned on our social media pages for updates on where we’ll be next!

Around 3 years ago I made the massive mistake of taking off my engagement ring in a gym changing cubical (Jay and I had just recently got engaged, and I was scared to get moisturiser on the ring…). I had an appointment that I was quite stressed out about and was in a rush to get there, so I got dressed quickly and left the gym.

We were about half way to the appointment when I suddenly looked down and realised that my ring was not on my finger! We raced back to the gym with me in tears, and I ran into the changing room hoping to see it still on the seat where I had left it. It wasn’t.

We went straight home, Jay started calling every pawnbroker that he could find, asking whether someone had traded it or handed it in, whilst I printed out posters of my missing ring. It may sound a little dramatic, but this ring is special and has its own story.

Taking advice from the books that I had been reading (see below for list), I wrote a letter (to myself), pretending to be the person that had found my ring, asking me to meet them to collect it (there is method in my madness) and I hung it up near my bed so that I could see it every night before I go to sleep and first thing when I wake up. This was all happening around the time that we were planning to leave for Australia, and I couldn’t go there without it!

After a month of being distraught and feeling extremely guilty, I was at the gym and received a call. It was one of the pawnbrokers who Jay had contacted previously. “We think we may have found your ring, but we’re not sure it’s yours, so you’ll have to come into the shop”. We drove straight there and to our delight, there it was! Apparently a girl had traded it in for £50!?

The strangest thing was, the girl who had stole my ring got in contact with us shortly after and wanted to meet up. We thought this was pretty strange, but went ahead and met with her anyway. She came with her baby and apologised, saying that it was her boyfriend who kept her from handing it in. We weren’t sure what to believe but I was in a forgiving mood as I was just happy to be reunited with my ring.

A few days later we were in a local supermarket, and I remember Jay who was down another isle, came rushing up to me “you’ll never guess who’s here… That girl who stole your ring and her boyfriend”. The universe had obviously brought us together for a reason, and I believe that reason was closure. Since the meeting with her, it left us feeling like they were let off too easy after the amount of upset that we had been put through. So here it was. After talking to her boyfriend about why he did it, and leaving him with some advice, we walked away and got on with our day.

Moral of the story, if you want something bad enough and truly believe that you can have it, and see yourself with it. Then you will get it. It could take days, weeks, months, or even years, but it will come.

As for my ring, it hasn’t left my finger since and is now my constant reminder of the infinite power of visualisation.

The Strangest Secret by Earl Nightingale

As a Man Thinketh by James Allen

The Power of Your Subconscious Mind by Dr Joseph Murphy

The Secret by Rhonda Byrne

The Power of Now by Eckart Tolle

Thank you for reading! I hope that you enjoyed this post and I hope that it has given you inspiration to continue your journey to obtain your chief aim in life. 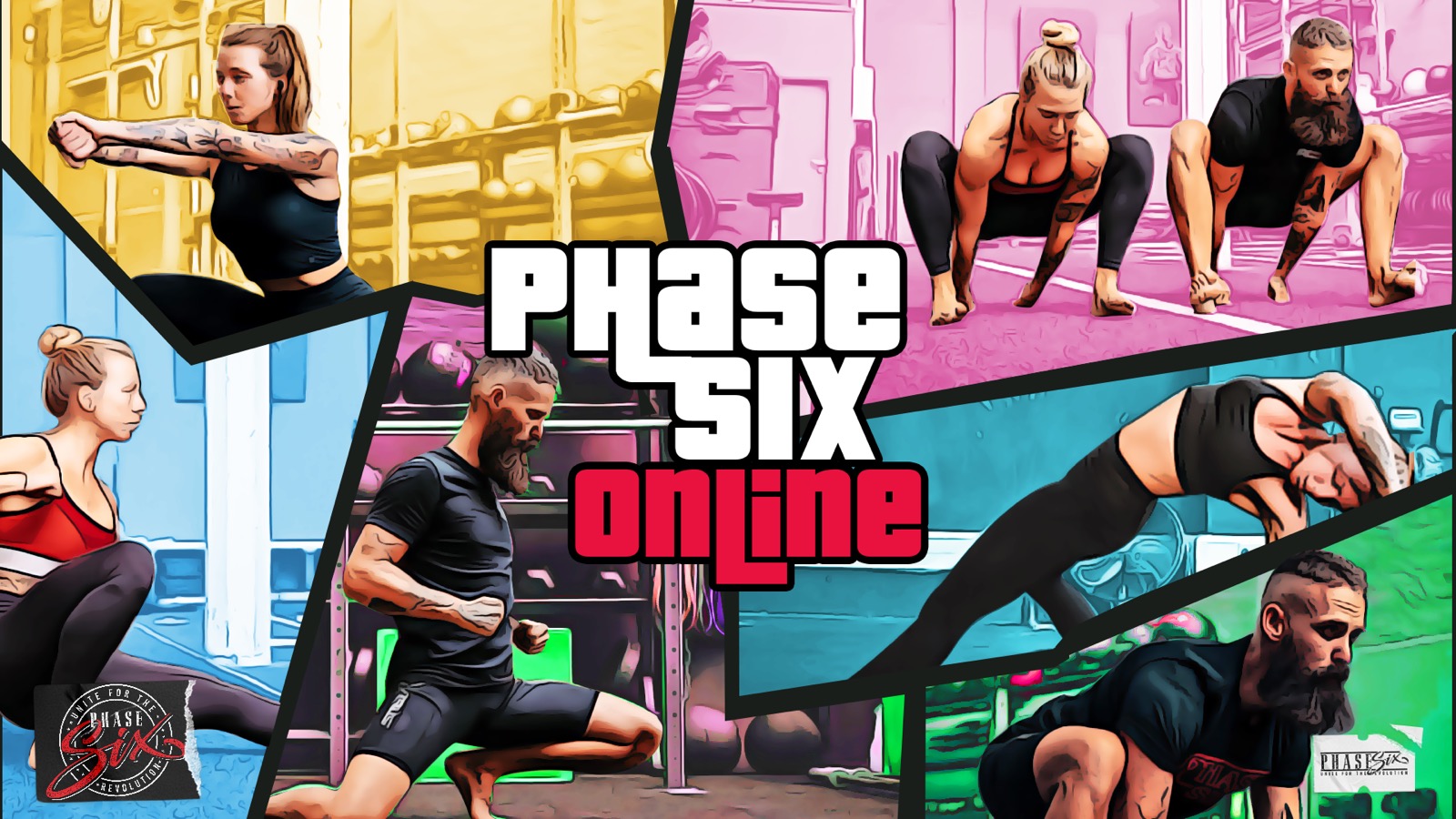 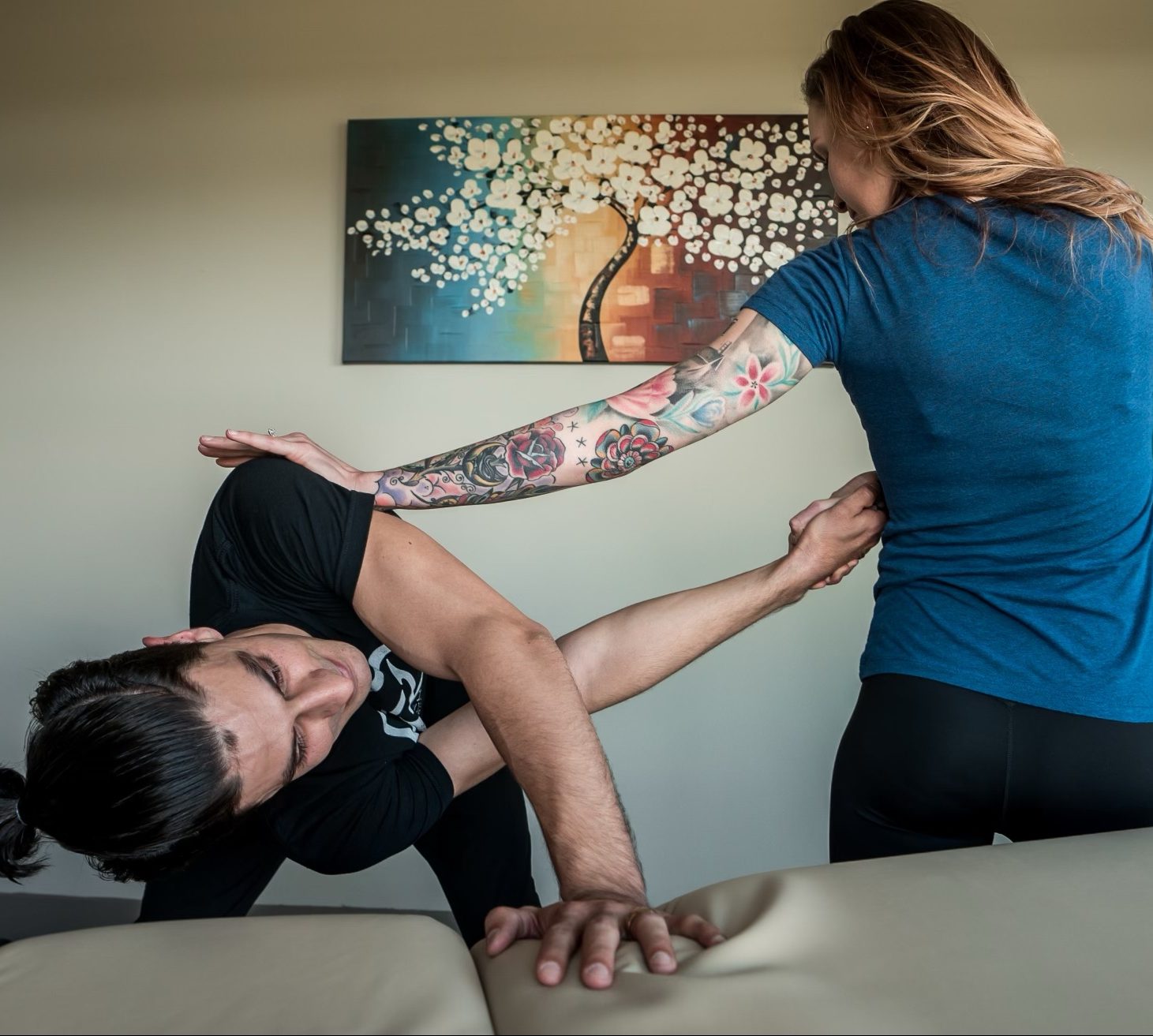 An Introduction to TK Stretching and All Things Fascia

First off, a huge hello from us to every single one of you in Australia, the UK, the USA, & 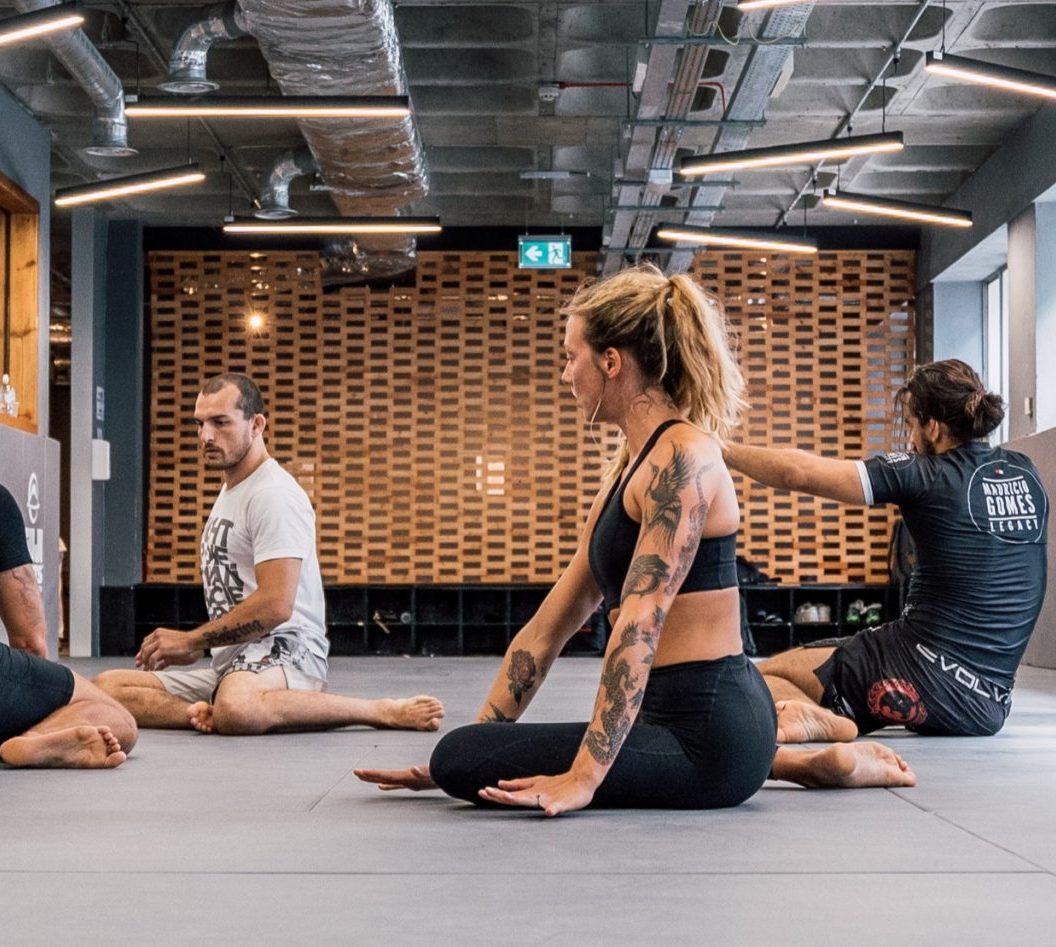 One of the most frequently asked questions that we get is “where do I begin?”.   Our personal advice is 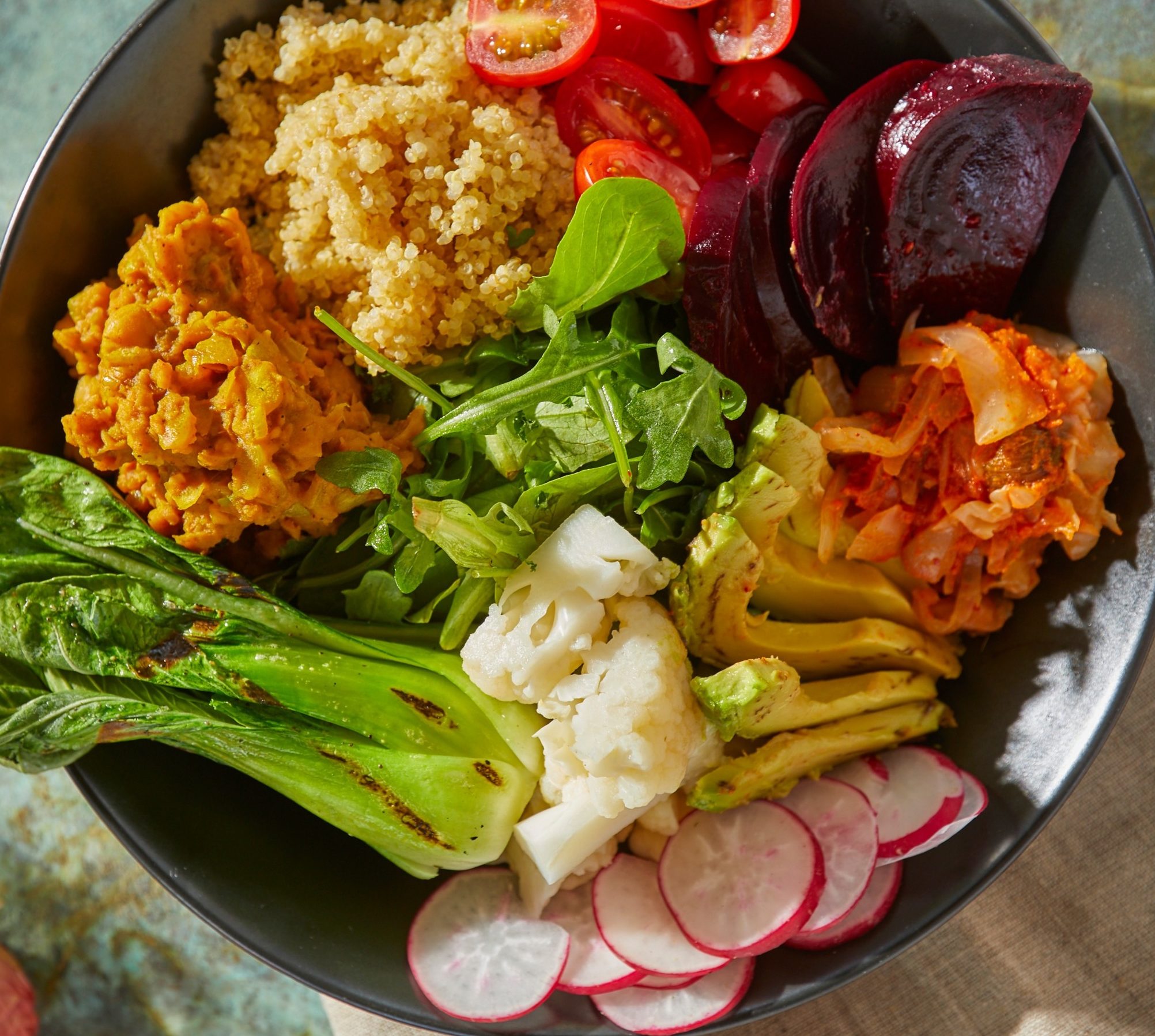 Nutrition is 70% accountable for our successful training and healthy weight loss, so it’s no wonder that “what do you